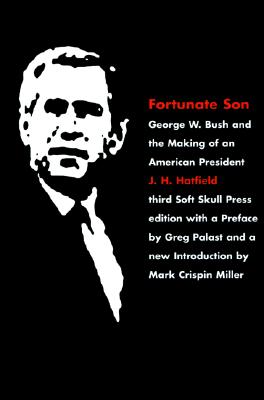 Since 2000, "Fortunate Son: George W. Bush and the Making of an American President has been the most talked-about Bush biography, weathering a fierce storm of controversy and suppression, After original publisher st. Martin's Press received threats from Bush campaign lawyers and saw their author destroyed in public, they withdrew their edition of 70,000 from stores with promises to burn them. We republished the book, but ran into corporate media (like "60 Minutes, and media "watchdog" "Bill's Content) intent on attacking the author. A Texas lawsuit shut down distribution of this revealing biography. Hatfield's life became the bigger story, and his message seemed destined to remain unheard. We nevertheless released an updated second edition of "Fortunate Son in June 2001, adding analyses of our "selected president" by noted historians, attorneys, and professors, and a new introduction by NYU media professor Mark Crispin Miller, author of "The Bush Dyslexicon. Shortly thereafter, on July 17, 2001, Jim Hatfield checked himself into a motel in Arkansas and took an overdose of pills, ending his own life after experiencing what Mark Crispin Miller describes as "ruination" at the hands of "the Bush machine and a compliant corporate Press," Our third edition of "Fortunate Son is now available, with a preface by Greg Palast, author of "The Best Democracy Money Can Buy, and new introductory remarks from Mark Crispin Miller. Fortunate Son and its controversial publication history are also the subjects of the new documentary film Horns and Halos by directors Michael Galinsky and Saki Hawley. "Horns and Halos has been selected as "Best Documentary" of 2002 at both the New York Underground FilmFestival and the Chicago Underground Film Festival, and is an Official Selection at the 2002 Toronto and Rotterdam International Film Festivals. "Fortunate Son provides key information to understanding not only the making of our current president, but also the machinery of American politics, and it will remain an important voice in a discussion that will not end with Bush's term in office. The list of what power and prestige can buy in this country used to exclude our highest office. "Fortunate Son and the authors whose opinions we've gathered for this new edition suggest that is no longer the case.

Title: Fortunate Son: George W. Bush and the Making of an American President