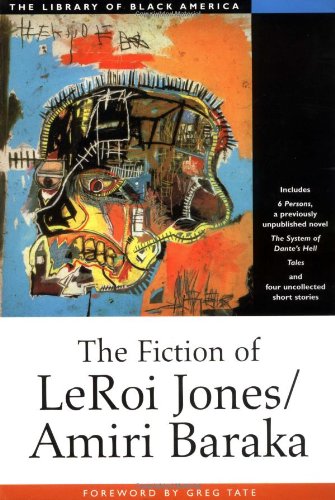 Here, for the first time under one cover, is the collected fiction of one of America's greatest writers. LeRoi Jones, later known as Amiri Baraka, may be most famous for his plays, poetry, and music writings; nut his one published novel, The System of Dante's Hell (1965), his book of short stories, Tales (1967), and his previously unpublished novel 6 Persons (1973-74) give ample evidence that his fiction may even exceed his other work in complexity, invention, confessional recklessness, and contribution to issues of black identity. This volume includes all three of these masterpieces, and supplements them with four previously uncollected stories. Jones's fiction, which shares the acute self-consciousness, autobiographical tendencies, and restlessness of Beat writing, also maintains an uncompromising attitude towards sex and violence: The System of Dante's Hell was banned when first published because of its graphic depiction of homosexual acts. Poetic, provocative, witty, bitter, and aggressive, this book contains some of the most astonishing writing to emerge from a convulsive periods in African American history

Title: The Fiction of Leroi Jones/Amiri Baraka (The Library of Black America)

Black Mask & Up Against the Wall Motherfuck by Anonymous