Misterioso is the final work of Gilbert Sorrentino s trilogy, the first two volumes of which, Odd Number and Rose Theatre, attempted to discover the shifting, evasive truth concerning a myriad of characters, all vaguely connected with the arts, whose lives become more contradictory and unaccountable the more we learn about them. In Misterioso, set on the last Sunday of August 1982, an encyclopedic survey is made of all the people, places, and objects from the first two novels. Beginning and ending at an A&P supermarket, the novel spontaneously generates out of the store s rack of magazines which promise stories of action, a trashery of ludicrous and perverse exploits and ads well suited to the actions of the novel s large cast of ludicrous and perverse characters and the trashy culture they inhabit. All hope of discovering the truth behind the apparent death of Sheila Henry (in Odd Number) is finally abandoned in this hilarious attempt to organize the facts, a task made hopeless by new information that contains further facts and incidents, scenarios and conversations, as isolate, mysterious, and ambiguous as ever. How does one account for the procession of flight attendants, all named Karen, who break in with chipper greetings from the skies? Or the frequent apparitions of buffoonish demons and devils like Astaroth, Angel of earthly Beauty, a luscious broad with a knockout figure and a lot of bad threads? And what is one to make of Buddy and His Boys on Mystery Mountain, the obstreperously overwritten text that keeps interrupting the orderly progression of the novel? The characters despite the candor of their presentation remain unknowable. A masquerade of the substantive, Misterioso is a comic inquiry into details that are, at once, revelatory and enigmatic, and concludes a major fiction series of the 1980s." 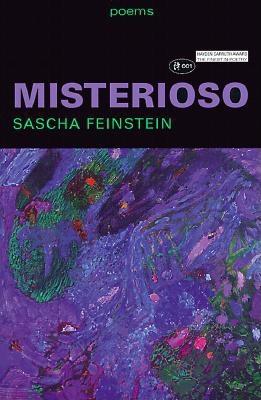