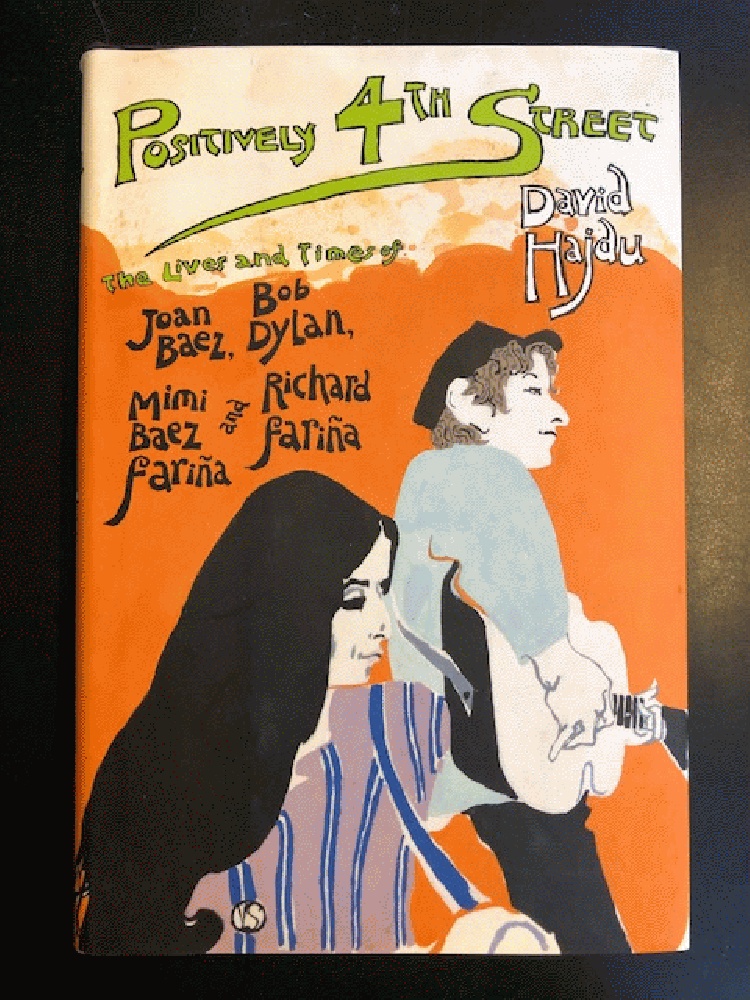 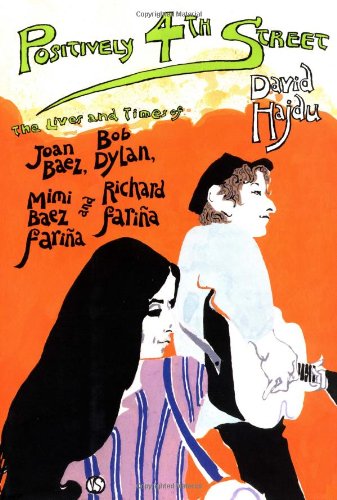 The story of how four young bohemians on the make - Bob Dylan, Joan Baez, Mimi Baez, and Richard Farina - converged in Greenwich Village, fell into love, and invented a sound and a style that are one of the most lasting legacies of the 1960s
When Bob Dylan, age twenty-five, wrecked his motorcycle on the side of a road near Woodstock in 1966 and dropped out of the public eye, he was recognized as a genius, a youth idol, and the authentic voice of the counterculture: and Greenwich Village, where he first made his mark as a protest singer with an acid wit and a barbwire throat, was unquestionably the center of youth culture.
So embedded are Dylan and the Village in the legend of the Sixties--one of the most powerful legends we have these days--that it is easy to forget how it all came about. In "Positively Fourth Street," David Hajdu, whose 1995 biography of jazz composer Billy Strayhorn was the best and most popular music book in many seasons, tells the story of the emergence of folk music from cult practice to popular and enduring art form as the story of a colorful foursome: not only Dylan but his part-time lover Joan Baez - the first voice of the new generation; her sister Mimi - beautiful, haunted, and an artist in her own right; and her husband Richard Farina, a comic novelist ("Been Down So Long It Looks Like Up To Me") who invented the worldliwise bohemian persona that Dylan adopted--some say stole--and made as his own.
The story begins in the plain Baez split-level house in a Boston suburb, moves to the Cambridge folk scene, Cornell University (where Farina ran with Thomas Pynchon), and the University of Minnesota (where Robert Zimmerman christened himself Bob Dylan and swapped his electric guitar for an acoustic and a harmonica rack) before the four protagonists converge in New York.
Based on extensive new interviews and full of surprising revelations, "Positively Fourth Street" is that rare book with a new story to tell about the 1960s. It is, in a sense, a book about the Sixties before they were the Sixties--about how the decade and all that it is now associated with it were created in a fit of collective inspiration, with an energy and creativity that David Hajdu captures on the page as if for the first time.