During the Middle Ages, nothing dominated life in western Europe quite like the Christian Church. The medieval world was a highly religious one, and the Church grew until it exercised a profound, and surprisingly diverse, influence upon the lives of the people of Europe. We can still gain a glimpse of the medieval Church in the cathedrals, monasteries, and churches that still exist in many of Europe's cities, towns, and villages, but most of the buildings have been stripped of their medieval decorations and ornaments.

The world of the medieval Church, however, is vividly brought to life in illuminated manuscripts. This book concentrates upon the later Middle Ages, which saw the Church reach its most developed, glorious and, arguably, most flawed form, and focuses upon the wealth of medieval imagery and material provided in illuminated manuscripts. Using liturgical books, such as breviaries and missals, as well as books of private devotion, such as psalters and books of hours, Justin Clegg reveals the world of the Church in the Middle Ages in vivid detail, discussing church structure, the relationship between the church and the laity, the church calendar, and the institution's spiritual and religious role. He concludes by assessing the way in which such illuminated sources can throw light upon our view of the medieval Church.

The Knight, The Lady, And The Priest: The Making of Modern Marriage in Medieval France 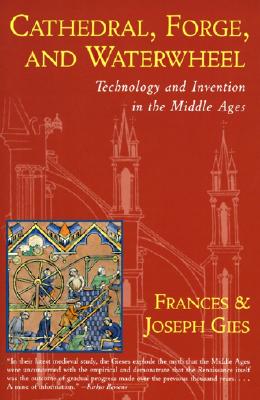 Cathedral, Forge and Waterwheel: Technology and Invention in the Middle Ages (Medieval Life)

Medieval in LA: A Fiction